On Saturday, January 12, 2019, yellow vest protesters demonstrated in cities across France—from Paris to Bourges, Bordeaux, and Toulouse—in what they called “Act IX” of the yellow vest movement. According to the official count by the ministry of the interior of the French government—an interested party, since the French State is the very target of the protests—there were 84,000 protesters across the country, and they faced an equal number of law enforcement officers from the national police, CRS, and gendarmerie. The number of yellow vests at Act IX was up slightly from the week before, and seemed to signal that the yellow vest movement, which began on November 17, 2018, is not dissipating. The conjuncture on January 12 was especially important: President Emmanuel Macron was slated to deliver his “Lettre aux français” the next day, and the great “national debate” over the political questions raised by the movement was scheduled to begin in three days.

On January 16, 2019, we assembled at the Paris Global Center of Columbia University to debate and discuss the movement with Etienne Balibar, Ludivine Bantigny and Toni Negri, in a discussion moderated by Bernard E. Harcourt… 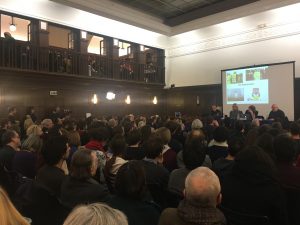 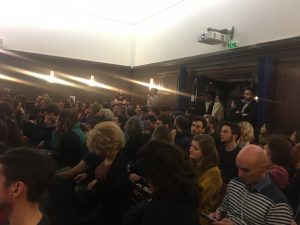 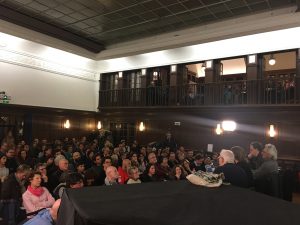