Starve and Immolate by Banu Bargu

What makes it possible for a political movement, struggle, or ideal to impress upon any one of us the duty to die for it or worse, for ourselves?

Banu Bargu’s book, Starve and Immolate: The Politics of Human Weapons (New York: Columbia University Press, 2014), labors in the furrow of this question. Bargu returns to Foucault’s notion of biopolitics and, more broadly, to his analyses of different forms of power (sovereignty, discipline, security), in order to describe and diagnose a unique type of political practice: the hunger strike, the fast to death, self-mutilation, self-immolation—in her words, the weaponization of life. Bargu characterizes this type of praxis as “biosovereignty,” a contradictory amalgam of early modern conceptions of sovereignty and of Foucaultian biopolitics, but empowered and augmented by the very interaction between the two. And in reaction to this biosovereignty, Bargu identifies the weaponization of life as a new form of resistance—what she calls “necroresistance.” Her book navigates between the two. It is located in the space where “the biopoliticization of sovereignty meets the necropoliticization of resistance.” (337)

Bargu performs an autopsy of a philosophical nature of the actions that produce death in order to make sense of them and our present political condition. From the perspective of the relation of theory and praxis—the object of our Praxis 13/13 seminar—Bargu theorizes praxis in order to understand it. Bargu’s theoretical work enriches our understanding not only of how power circulates in society today, but also of how resistance circulates as well, so that we see the resistance as not simply trying to “make life better” in opposition to biosovereignty and the regulation of life, but to implicate and draw out the centrality of death as well.

Theorizing praxis. That seems essential in such a charged context as this, one situated between, on the one hand, the total domination of life in solitary confinement in supermax prisons, and on the other hand, the only remaining weapon to resist the domination, life itself. Theory and praxis. Death fasts and self-immolation.  To help explore these issues, we are delighted to be joined by two brilliant critical theorists: philosopher Susan Buck-Morss of the CUNY Graduate Center and political theorist Karuna Mantena of Yale University. 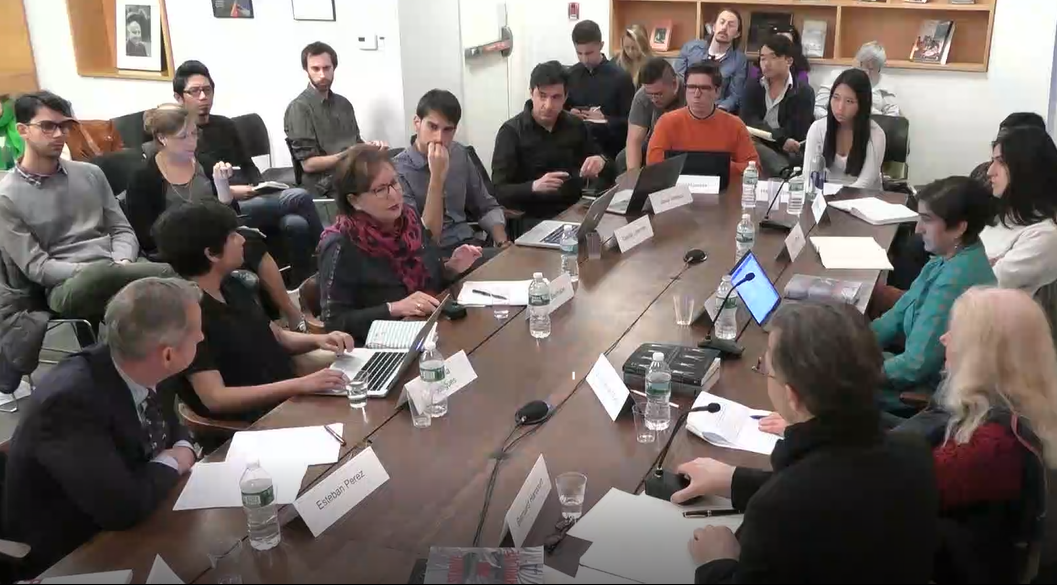