The Invisible Committee published its first anonymous manifesto, The Coming Insurrection, in 2007. The Committee—an anonymous, loosely formed group of anarchist activists in France, often associated with the earlier publication of the short-lived Tiqqun philosophical journal (1999-2001)—proposed a radical agenda there, calling for a return to communes and strategies of isolated secession and tactical insurrections. The Committee warned that French society was about to blow up and that it was time for direct action. Viewing the world through the prism of civil war—a perspective that traces to thinkers like Foucault in the early 1970s—the Committee set forth a radical vision:”Abolish general assemblies. Liberate territory from police occupation. Take up arms. Do everything possible to make their use unnecessary. Depose authorities at a local level.”

“Abolish general assemblies”: the Committee signaled, in no uncertain terms, that it was writing against the recent tradition of peaceful occupations and general assemblies, and advocated a far more confrontational posture. The Invisible Committee published a second book in 2014 under the title To Our Friends. (McKenzie Wark, who will join us at Praxis 2/13 wrote about that book here at Public Seminar).

Just last year, the Invisible Committee published its third book, Now (2017), another urgent call to action. “All the reasons for making a revolution are there,” they begin. “All the reasons are there together, but it’s not reasons that make revolutions, it’s bodies. And the bodies are in front of screens.” Ouch! A devastating way to start, as we all sit in front of our screens reading this blog post … or their book on-line! What they propose, though, is a radical project to change just that. “We’re talking about addressing bodies and not just the head,” they write, 158 pages later.

The Committee leans in favorably with regard to riots, sounding a Fanonian theme of self-transformation. The Committee takes aim at Nuit Debout, again challenging the model of peaceful general assemblies and the open discussion forum—which, they argue, ends up becoming nothing more than a “bureaucracy of the microphone.” Instead, they advocate fragmentation of politics, destitution of power and institutions and the economy, in order to give way to a form of living in common.

Destituent insurrections: rather than the “constituent itch” of Occupy Wall Street and Nuit Debout, the destituent power that undoes institutions—drawing on the historical illustrations of May ’68 and other insurrectionary communes. That is a powerful and provocative strategy that we will critically explore and discuss in the second session, live here on Wednesday, October 3, 2018, of Praxis 13/13.

Please join us live or in webcast to read, explore, and critically discuss the Invisible Committee’s latest tract in order to jumpstart the discussion we need now of “What is to be done?” 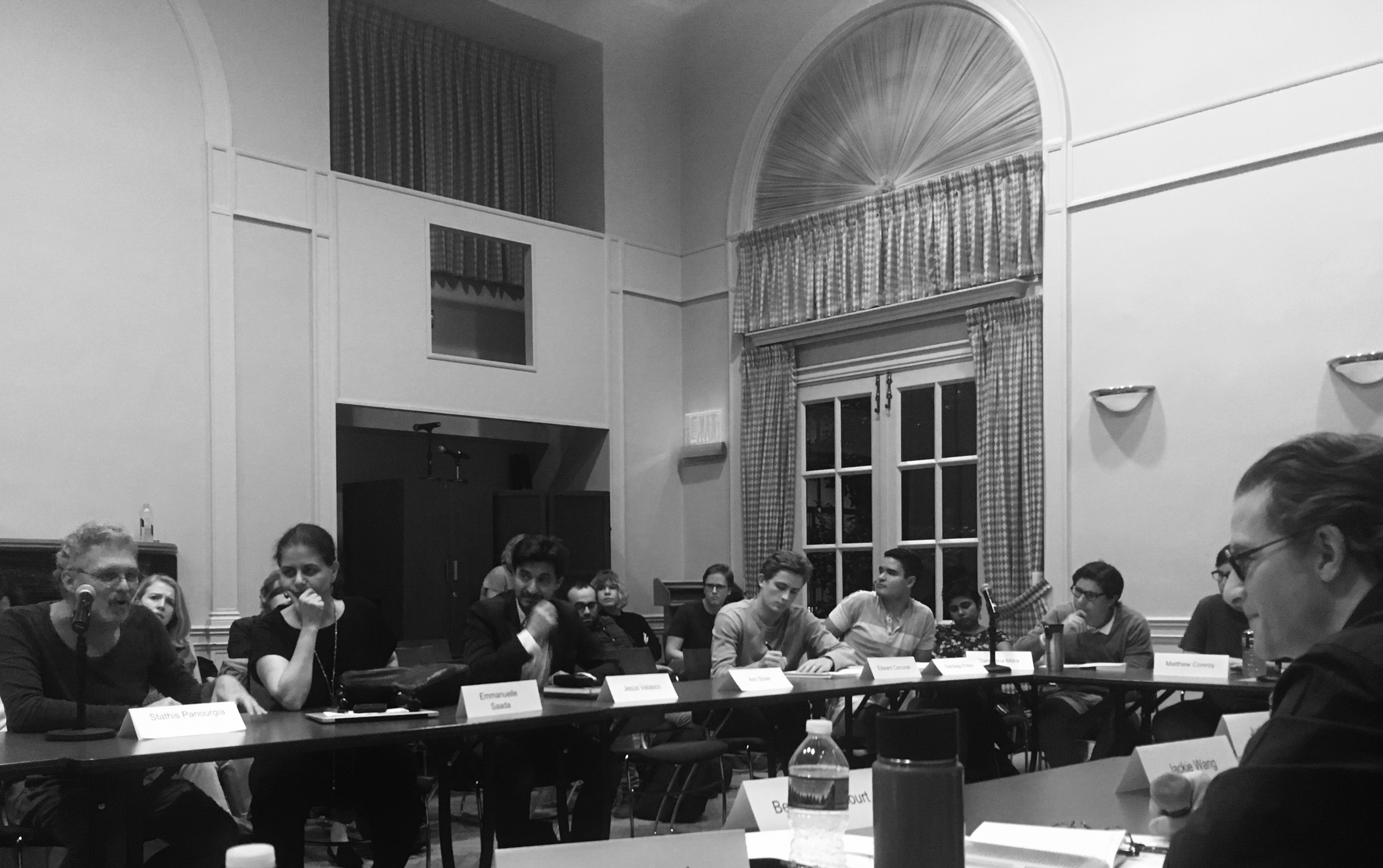