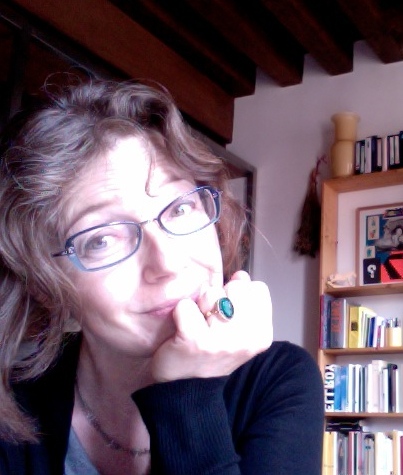 Judith Revel is Professor of philosophy at the Université Paris Ouest Nanterre La Défense where she is also a member of the Sophiapol laboratory (Sociologie, philosophie et socio-anthropologie politiques) and director of the research project “Discipliner l’Archive ?” (2016-2018) in collaboration with the  LabEx Program : “Les passés dans le présent”.

She is a philosopher, italianist and translator, as well as a specialist of Michel Foucault and of political philosophy from 1945 (Foucault, Deleuze, Derrida; but also Merleau-Ponty, Lefort, Clastres, Castoriadis, Rancière, Agamben, Negri, Esposito…). She has taught in various Italian and French schools and universities including the University of Rome III, Paris-I Panthéon Sorbonne University, the Ecole Normale Supérieure and the EHESS. She has also given lectures in universities, cultural and scientific centers around the world including in Argentina, Bolivia, Brazil, Canada, Chile, China, Germany, Italy, Japan, Morocco, Norway, Poland, Portugal, Spain, the UK, and the United States.

She is a member of the Centre Michel Foucault. She is currently interested in theorizations of the political before and after 1968, drawing on a comparative study of the political and intellectual projects of the journals Socialisme et Barbarie in France and Quaderni Rossi in Italy. She has worked extensively on contemporary regimes of governmentally, modes of subjectivation and practices of resistance, as well as on Italian readings of biopolitics, and operaismo.