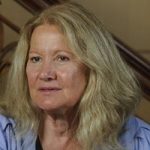 Susan Buck-Morss is a trans-disciplinary scholar whose political theory emerges out of a constellation of historical material, visual images, and contemporary events. She is a core faculty member of the Graduate Center’s Committee on Globalization and Social Change. Her most recent book, Hegel, Haiti, and Universal History (University of Pittsburgh Press, 2009), won the Frantz Fanon Prize Book Prize in 2011. Her book, Thinking Past Terror: Islamism and Critical Theory on the Left(Verso, 2003), has been translated into Hebrew, Urdu, Spanish, Japanese, and Greek. Research for her book Dreamworld and Catastrophe: The Passing of Mass Utopia in East and West (MIT Press, 2000) was funded by awards from the MacArthur Foundation, Rockefeller Foundation, and the Fulbright program. Her early studies on the Frankfurt School are Dialectics of Seeing: Walter Benjamin and the Arcades Project (MIT Press, 1989) and The Origin of Negative Dialectics: Theodor W. Adorno, Walter Benjamin,and the Frankfurt School (Free Press, 1979).

A longtime professor at Cornell University’s Department of Government, Buck-Morss was also a member of Cornell’s graduate fields in Comparative Literature, History of Art and Visual Culture, German Studies, and the School of Architecture, Art, and Planning. She lectures and collaborates worldwide on the editorial boards of several journals and has been an invited lecturer at dozens of universities worldwide. Her numerous international awards and fellowships include a Getty Scholar grant and a Guggenheim Fellowship. She holds an M.A. degree from Yale University, studied at the Frankfurt Institut für Sozialforschung, and received her Ph.D. in European intellectual history from Georgetown University.