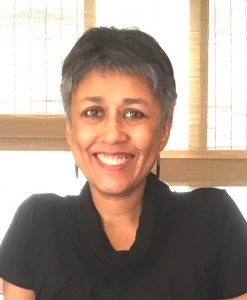 Nandini Sundar is Professor of Sociology at the Delhi School of Economics, Delhi University. Her recent publications include, The Burning Forest: India’s War in Bastar (Verso 2018); an edited volume, The Scheduled Tribes and their India (OUP, 2016); Civil Wars in South Asia: State, Sovereignty, Development (co-edited with Aparna Sundar, Sage 2014); and Inequality and Social Mobility in Post-Reform India, Special Issue of Contemporary South Asia (co-edited with Ravinder Kaur, 2016).  She has also authored Subalterns and Sovereigns: An Anthropological History of Bastar (2nd ed. 2007); co-authored Branching Out: Joint Forest Management in India (2001), edited Legal Grounds: Natural Resources, Identity and the Law in Jharkhand  (2009), and co-edited Anthropology in the East: The founders of Indian sociology and anthropology (2007). Sundar was editor of Contributions to Indian Sociology from 2007-2011 and has served on the boards of several journals, research institutions and government committees. She was awarded the Infosys Prize for Social Sciences (Social Anthropology) in 2010, the Ester Boserup Prize for Development Research, 2016 and the Malcolm Adiseshiah Prize for Distinguished Contributions to Development Studies, 2017. Sundar has been engaged in human rights litigation over the last decade. She writes regularly for the media on contemporary issues, and her writing is available at https://nandinisundar.blogspot.com