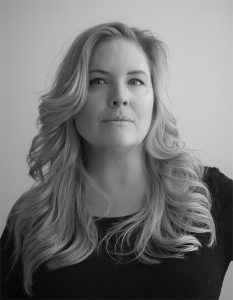 Dr. Heather Ann Thompson is a historian at the University of Michigan, and is the Pulitzer Prize and Bancroft Prize-winning author of Blood in the Water: The Attica Prison Uprising of 1971 and Its Legacy (Pantheon Books, 2016). Blood in the Water was won the Ridenhour Prize, the J. Willard Hurst Prize, the Public Information Award from the New York Bar Association, the Law and Literature Prize from the New York County Bar Association, the Media for a Just Society Award from the National Council for Crime and Delinquency, and the book also received a rarely-given Honorable Mention for the Silver Gavel Award from the American Bar Association. Blood in the Water was also long listed for the Cundill Prize in History, and was a finalist for the National Book Award as well as the Los Angeles Times Book Award. Upon its release Blood in the Water was prominently reviewed and profiled in the New York Times in four different sections, and Thompson herself was profiled in the highly-coveted “Talk” section in the New York Times Magazine. Blood in the Water ultimately landed on fourteen “Best of 2016” lists including the New York Times Most Notable Books of 2016 list, and ones published by Kirkus, Publishers Weekly, Newsweek, Christian Science Monitor, the Boston Globe, and others. The book also received rave reviews in over 100 top popular publications, and Thompson appeared on over 25 television shows, including PBS Newshour, CBS Sunday Morning and the Daily Show, as well as on over 50 radio programs, including Sirius and NPR.