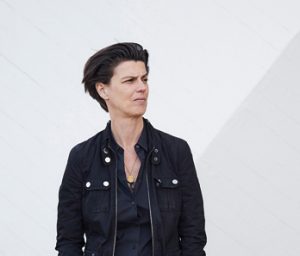 Carolin Emcke, writer, war reporter, and critical theorist, lives in Berlin. She studied philosophy, politics and history at the London School of Economics, Frankfurt am Main, and Harvard and completed her doctorate in philosophy with a thesis on “collective identities”. She has worked as a journalist serving as a foreign editor in crisis regions including Afghanistan, Pakistan, Kosovo, and Iraq and an international reporter in Israel, the West Bank, Egypt, Iraq, and Haiti. Since 2014 she has worked as a freelance writer and columnist. In addition to reporting on wars and human rights violations, she writes on gay desire, and on racism and mechanisms of exclusion.

Two of her last books have just been published in English, Against Hate (Polity Press) and How We Desire (Text Publishing). She is also the author of Echoes of Violence (Princeton University Press), published in 2005.

In 2004, she was a visiting political theory lecturer at Yale University with seminars on theories of violence and witnessing war crimes. Since the 2004/2005 season, she has been the curator and presenter of the monthly discussion event “Streitraum” at the Schaubühne, Berlin. In 2017 she took on the role of curator and moderator of the quarterly discussion event “ABC-der-Demokratie” at Schauspielhaus Hannover. Carolin worked with director Angelina Maccarone to create three video spots entitled “Tolerant? That’s us” (in German with English, French, Russian, Turkish and Spanish subtitles).