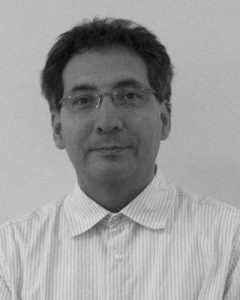 Eduardo Cadava is a professor of English at Princeton University. An Associate Member of the Department of Comparative Literature, the Department of Spanish and Portuguese, the School of Architecture, the Seeger Center for Hellenic Studies, and the Princeton Institute for International and Regional Studies, he also serves on the Executive Committees of the Program in Media and Modernity, the Program in European Cultural Studies, and the Program in Latin American Studies. He is a faculty member in the summer program at the European Graduate School in Saas-Fee and he has been the Benjamin Menschel Distinguished Visiting Professor in Architecture at Cooper Union. He was the Head of Wilson College from 2009 – 2017, and the curator of the Wilson College Signature Lecture Series. He specializes in American literature and culture, comparative literature, media technologies, literary and political theory, and theory of translation. He has written extensively on literature, philosophy, photography, architecture, music, democracy, war, memory and forgetting, race and slavery, human rights and citizenship, and the ethics of decision. He is the author of Words of Light: Theses on the Photography of History (Princeton UP), Emerson and the Climates of History (Stanford UP), and, with Fazal Sheikh, of Fazal Sheikh: Portraits (Steidl). He also has co-edited Who Comes After the Subject? (Routledge), Cities Without Citizens (The Slought Foundation and the Rosenbach Museum), a special issue of the South Atlantic Quarterly entitled And Justice for All?: The Claims of Human Rights (Duke UP), and The Itinerant Languages of Photography (Princeton University Art Museum and Yale UP).