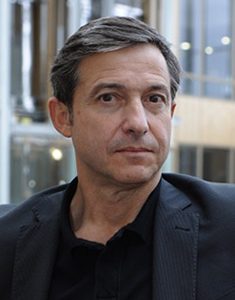 Didier Fassin is the James Wolfensohn Professor of Social Science at the Institute for Advanced Study and a Director of Studies at the École des Hautes Études en Sciences Sociales. Anthropologist, sociologist and physician, he dedicated his most recent research ro a critical engagement with philosophical approaches to punishment, which was the matter of his Tanner Lectures at Berkeley, and to life, which was the topic of his Adorno Lectures in Frankfurt. He received in 2016  the Gold Medal in anthropology at the Swedish Royal Academy of Arts and Sciences and was in 2018 the first social scientist to be granted the Nomis Distinguished Scholar Award. Former vice-president of Médecins Sans Frontières, he is currently President of the French Medical Committee for Exiles. He recently authored Prison Worlds. An Ethnography of the Carceral Condition (Polity, 2016), The Will to Punish (Oxford University Press, 2018), and Life. A critical User’s Manual (Polity, 2018).