The Punitive Society by Michel Foucault 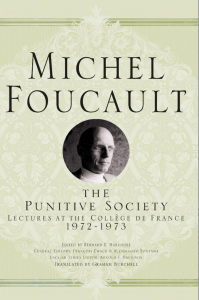 With a conversation with Lonnie Morris, Adnan Khan, and Cori Thomas surrounding the play LOCKDOWN

In 1973, Michel Foucault delivered a series of lectures at the Collège de France on The Punitive Society that tied together the exploitation of the working class to the invention of the prison. Foucault brought together the different strands of oppression—economic, social, carceral—under the larger rubric of a “punitive society.”

“The punitive society”: the central idea at the core of the critique of our contemporary society as being a “punitive society” is perhaps the thread that unites all of the sessions this year in Abolition Democracy 13/13. Not surprisingly, it is woven into the fabric of W.E.B. Du Bois’s magisterial book, Black Reconstruction in America: the central problem of racial injustice, for Du Bois, is not limited to any one particular institution—whether it is slavery, convict leasing, plantation prisons, or Jim Crow—but attaches more broadly to the society that makes possible those specific institutions of injustice. It is precisely for this reason that Du Bois militated not just for the negative abolition of unjust practices and institutions, but for the radical transformation of society and political economy.

This theme—namely, that racial injustice permeates society more broadly, and not just particular institutions—traverses most contemporary movements for abolition and practically all abolitionist thought: The idea that the problem of racism is systemic, and not simply the product of a few bad apples. The belief that abolition of capital punishment cannot be thought separately from the elimination of sentences of life imprisonment without parole. The conviction that transforming the criminal legal ordeal will require reimagining our political economy.

All of these contentions tie back to the broader idea of a punitive society. And they run through so much abolitionist writing. Recall the passage in Fred Moten and Stefano Harney’s book, The Undercommons, where the authors urge us to stay true to the ambition: “Not so much the abolition of prisons, but the abolition of a society that could have prisons, that could have slavery, that could have the wage, and therefore not abolition as the elimination of anything but abolition as the founding of a new society.”[i] In a lecture from 1976, Foucault already suggested that “there can be no reform of the prison without the search for a new society.” Yet, when trying to imagine another society, one should not ask what form of punishment would be “more gentle, acceptable, or efficient,” but raise a more fundamental and difficult question: “Can one in effect conceptualize a society in which power has no need for illegalities?”[ii]

On this shared understanding, the pertinent question becomes: How do we abolish not only an unjust institution in society, but the unjust society itself? How do we dismantle and replace an entire society? How do we create new forms of power that don’t have a fondness for illegalities?

We will approach these questions in this session, Abolition Democracy 7/13, through a close reading of Michel Foucault’s 1973 lectures, The Punitive Society. This series of lectures formed the third yearly lectures delivered by Foucault at the Collège de France, and in those lectures, Foucault began to trace the birth of what he would call the disciplinary society, or the punitive society.

This seminar is a joint session of the Centre for Research in Post-Kantian European Philosophy at the University of Warwick and the CCCCT. A wonderful group of colleagues at Warwick will join us for the conversation, including Miguel Beistegui, Claire Blencowe, Henrique Carvalho, Stuart Elden, Goldie Osuri, Irene Dal Poz, and Federico Testa. The conversation will be organized as a roundtable with each discussant introducing one idea first.

The seminar will open with a presentation surrounding the play LOCKDOWN, with a discussion with Lonnie Morris, Adnan Khan, and the playwright Cori Thomas, concerning incarceration in our punitive society. 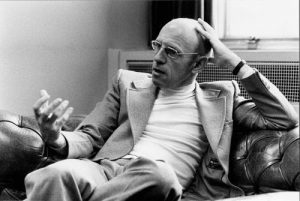