On this historic day, the first day in American history that the U.S. President is abolitionist,

Kelley Henry, attorney for Lisa Montgomery who was executed on January 13, 2021

Lee Greenwood, mother of Joseph Nichols who was executed by the state of Texas in 2007

Liliana Segura, journalist at The Intercept who has covered all 13 federal executions,

Susannah Sheffer, trauma psychotherapist and Access to Treatment coordinator at the Texas After Violence Project

and Bernard E. Harcourt, death penalty attorney and director of the CCCCT

discuss the trauma of executions on families of the condemned and the abolition of the federal death penalty. 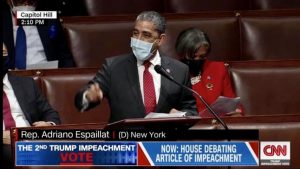 Senator Dick Durbin (D-Illinois), who is the incoming chair of the Senate Judiciary Committee, has introduced similar legislation in the U.S. Senate, as has Representative Ayanna Pressley (D-Mass-7).

President-elect Joe Biden is committed to supporting the abolition of the federal death penalty.

Update: On January 22, 2021, a group of Democratic lawmakers called on President Biden to commute the sentences of individuals on federal death row.

It is not simply the complicity of our most august court. We realized quickly that the United States Supreme Court had blood on its hands, as it lifted one stay after another—for one execution, sweeping aside, within a few hours, the reasoned decision of not one, not two, but three separate United States Courts of Appeals, including one issued en banc by the D.C. Circuit, the court with perhaps one of the highest reputations among jurists. No, we had quickly lost faith in their sense of justice. We soon began to realize that a majority of justices had themselves become the nation’s executioners…

No, it is not even the fact that the killing spree—which began on July 14, 2020—was implemented during a presidential campaign, no less, and used as a purely instrumental tool to gain political votes. Here too, we had become numb to the politics of the death penalty…

Nor is it the fact that six of the executions were conducted after the presidential election, when we all knew there would be a presidential transition. These were lame duck executions. Even more, William Barr resigned before the last three executions, leaving in place an acting attorney general to carry out the executions…

No, what is most shocking is that a woman and two men were executed within just hours of a moratorium on federal executions. Lisa Montgomery, Corey Johnson, Dustin Higgs—they were executed literally days away from the transfer of presidential power to a new administration that has vowed, in its own words, “to pass legislation to eliminate the death penalty at the federal level.”

Had their execution dates been pushed just a few hours forward, had the courts taken just a few days longer to resolve the stays of execution, had some unforeseen event slowed things down by a day or two— Lisa Montgomery, Corey Johnson, Dustin Higgs would be alive today and likely never face execution.

A day or two away. A chance event. That is all that stands between life and death.

Nothing shows more patently the arbitrariness of the death penalty. Nothing demonstrates more powerfully how cruel and unusual the death penalty is. Lisa Montgomery, Corey Johnson, Dustin Higgs were rushed to the gallows by an administration as it was turning out the lights and packing its bags.

It is time for abolition of the death penalty. 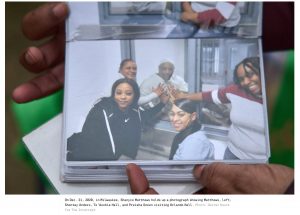 In this seminar, we will explore the hidden damage that death sentences and executions wreak on family members of the condemned, wardens and prison guards, attorneys, chaplains, and others. The hidden traumas have, so far, received too little attention in the long struggle to abolish the death penalty. And we turn to the abolition of the federal death penalty under the presidency of Joseph Biden!

“If we think about capital punishment as an inheritance of slavery, its abolition would also involve the creation of those institutions about which DuBois wrote—institutions that still remain to be built one hundred forty years after the end of slavery. If we link the abolition of capital punishment to the abolition of prisons, then we have to be willing to let go of the alternative of life without possibility of parole as the primary alternative.”