The End of Policing by Alex Vitale

“How I Became a Police Abolitionist” by Derecka Purnell

“An Abolitionist Horizon for Police (Reform)” by Amna Akbar

Preceded by a conversation between Samantha Felix, the sister of Matthew Felix, and Ghislaine Pagès.

Matthew Felix was shot by police this past February in Cambria, Queens. He was 19 and unarmed. Although police killings have received increased attention in recent months, we know nothing about most cases of police killings that are almost happening daily around us. For that reason, we wanted to open up this evening by discussing one of the cases you may not have heard about, to hold space for the experience that so many families go through in the days, months, and years after they have lost their loved one as they seek justice and accountability from the government. More information and what you can do here. 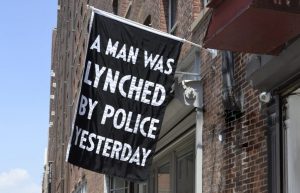 Never before has the country been engaged in such a genuine conversation about abolishing police departments. Of course, there were earlier flashpoints that raised serious challenges to the police—in the wake of the Rodney King beating, for instance, especially after the acquittal there, or in the wake of the Selma March, or the DNC convention in Chicago in 1968, or further back still. There has been protest against the police; but not until now has there been a national debate over abolishing the police. As Amna Akbar correctly observes, “The nationwide protests catapulted abolition into the mainstream and, in the process, unsettled the intellectual foundations of police reform discourse.”

The previous wave of police killings in 2014—of Eric Garner, of Michael Brown, of Laquan McDonald, of Tamir Rice, of Walter Scott, of Philando Castile, of Tanisha Anderson—gave rise to the #BlackLivesMatter movement. The most recent wave of police killings and shootings—of George Floyd, of Breonna Taylor, of Carlos Ingram-Lopez, of Jacob Blake and so many other persons of color—has prompted an unprecedented questioning about the very existence of policing.

The raging debate over the future of policing has crystalized around four major positions:

Now, there is no point in debating the law-and-order apologists. We’ve been doing that for decades and it is getting nowhere. If you do not see systemic racism in policing today, tied to the long legacy of racial injustice in this country, then there is no common ground to discuss reform or abolition.

I would also argue that there is little point continuing with the kinds of incremental reforms we have been doing. Here, Alex Vitale is correct. As he argued in The End of Policing, we’ve tried all these implicit-bias trainings and diversity efforts, procedural reforms, community policing, etc., and they have made no real dent on the problem. As Vitale shows, most of these reforms have little effect and “fail to deal with the fundamental problems inherent in policing.” As everyone today acknowledges, Minneapolis was a model of police reform, and that did not prevent the brutal police killing of George Floyd.

So the only two viable positions are limiting the police or abolishing it. That is what we will discuss in this seminar. 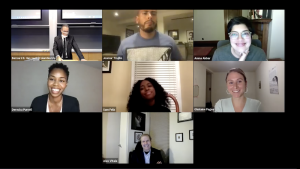