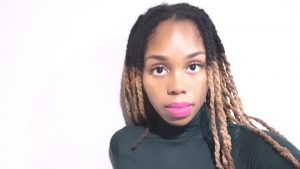 Derecka Purnell is a human rights lawyer, writer, and organizer.  She works to end police and prison violence  by providing legal assistance, research, and trainings to community based organizations through an abolitionist framework.

As a Skadden Fellow, she helped to build the Justice Project at Advancement Project’s National Office which focused on consent decrees, police and prosecutor accountability, and jail closures, providing community training, political education and legal representation to organizers. Her advocacy efforts led to the dismissal of over 3,000 cases based on unconstitutional policing practices. Additionally, she supports several campaigns and grassroots organizations around the criminal legal system, electoral justice, and community investment, including Action St. Louis, Dream Defenders, Communities Against Police Crimes and Repression, the Ferguson Collaborative, and the Movement for Black Lives. Derecka also organized the founding steering committee for Law for Black Lives, a growing network of 5,000 law students, lawyers, and legal workers to support social movements.

In the wake of the coronavirus pandemic, Derecka co-created the COVID19 Policing Project at the Community Resource Hub for Safety Accountability. The project tracks police arrests, harassment, citations and other enforcement through public health orders related to the pandemic.

Derecka received her JD from Harvard Law School, her BA from the University of Missouri- Kansas City, and studied public policy and economics at the University of California- Berkeley as a Public Policy and International Affairs Law Fellow. Her writing has been published in The New York Times, The Guardian, The Appeal, Truthout, Slate, Boston Review, Huffington Post, Vox, and In These Times. She’s been featured on NPR, the Boston Globe, Slate’s What Next, and MSNBC, and is the former Editor-in-Chief of the Harvard Journal of African American Public Policy. Derecka has lectured, studied, and strategized around social movements across the United States, The Netherlands, Belgium, South Africa, the United Kingdom, and Australia.

Derecka is currently a columnist at The Guardian and Deputy Director of Spirit of Justice Center at Union Theological Seminary.