With a reading by Christopher Wolfe of his personal essay: “The most beautifullest thing in this world.”

W.E.B. Du Bois coined the term “abolition democracy” in his study Black Reconstruction in America (1935) to denote the ambition necessary to achieve a racially just society. Du Bois argued that the reconstructive work begun in 1867 and necessary to achieve that ambition was aborted with the end of Reconstruction in 1877. The result was that the abolition of slavery was only accomplished in the narrow sense that chattel slavery was ended. But the true ambition of abolition democracy, namely the creation of a racially just society, was never realized.

The ambition of abolition democracy required the construction of new institutions, new practices, new social relations that would have afforded freed Black persons the economic, political, and social capital to live as equal members of society. That vision of a full and uncompromising reconstruction of American society, as Du Bois documents in Black Reconstruction, was thwarted by White resistance during the decade following the end of the Civil War and ultimately abandoned with the political compromise of 1876 that resulted in the negotiated election of President Rutherford B. Hayes and the withdrawal of federal troops from the South.

Du Bois demonstrates that the mere abolition of chattel slavery and the eclipse of the broader ambition of abolition democracy facilitated the reproduction of a slave-like society. With the demise of Reconstruction, the criminal law and its enforcement replaced property law as the key to confine freed Black persons to a condition of quasi-slavery through the implementation of Black Codes that imposed severe punishments and labor restrictions on African-American men and women. Plantation prisons and convict leasing gave birth to new forms of slavery, protected by the exceptions clause to the Thirteenth Amendment—illegitimately, as Dorothy Roberts demonstrates well. “The whole criminal system came to be used as a method of keeping Negroes at work and intimidating them,” Du Bois wrote. Du Bois continued:

In no part of the modern world has there been so open and conscious a traffic in crime for deliberate social degradation and private profit as in the South since slavery. […] Since 1876 Negroes have been arrested on the slightest provocation and given long sentences or fines which they were compelled to work out. The resulting peonage of criminals extended into every Southern state and led to the most revolting situations.

The criminal law served to transform American slavery into a system of peonage that, in many cases, exceeded the horrors of the Antebellum period. The enforcement of the criminal law reproduced a system of racial apartheid and injustice in America that continues to the present. As brilliant critical thinkers have demonstrated since Du Bois’s book in 1935—Angela Davis, Michelle Alexander, Ruth Wilson Gilmore, Dorothy Roberts, and Bryan Stevenson, among others—we live today in the continuing legacy of slavery. 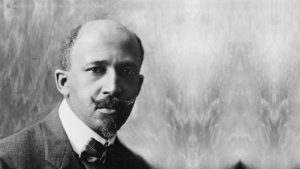 This seminar will explore the theoretical lens of “Abolition Democracy” originally coined by W.E.B. Du Bois and later interpreted by Angela Davis, as a way to think critically about the different struggles for abolition, both historically and in their current context.

“DuBois argued that the abolition of slavery was accomplished only in the negative sense. In order to achieve the comprehensive abolition of slavery—after the institution was rendered illegal and black people were released from their chains—new institutions should have been created to incorporate black people into the social order. […] Slavery could not be truly abolished until people were provided with the economic means for their subsistence. They also needed access to educational institutions and needed to claim voting and other political rights, a process that had begun, but remained incomplete during the short period of radical reconstruction that ended in 1877. DuBois thus argued that a host of democratic institutions are needed to fully achieve abolition—thus abolition democracy.”

“According to Du Bois, to be meaningful, abolition required more than the simple eradication of slavery; abolition ought to have been a positive project as opposed to a merely negative one. Du Bois wrote that simply declaring an end to a tradition of violent forced labor was insufficient to abolish slavery. Abolition instead required the creation of new democratic forms in which the institutions and ideas previously implicated in slavery would be remade to incorporate those persons formerly enslaved and to enable a different future for all members of the polity. To be meaningful, the abolition of slavery required fundamentally reconstructing social, economic and political arrangements. In the aftermath of slavery in the United States, reconstruction fell far short of this mark in many respects, and criminal law administration played a central role in the brutal afterlife of slavery. The work of abolition remained then—and arguably still remains today—to be completed. Confronting criminal law’s continuing violence is an important part of that undertaking.”