I am very grateful to Bernard for inviting me to join this wonderful group. Let me first compare Angela Davis’s notion of abolition democracy to Du Bois’s analysis of the same phenomenon. Davis is of course aware of the connection between so-called democracy and the easy passage of capital: “the American version of democracy has become increasingly synonymous with capitalism, and capitalism has become progressively more defined by its ability to roam the globe” (73).  And she is spot on in noticing Du Bois’s commitment to prison reform, citing this crucial sentence: “This penitentiary system began to characterize the whole South” (506), and referring to Du Bois’s outcry against “prisoners for profit . . . peonage for criminals . . . [as] another form of slavery” (698).  But she seems to miss the subtlety of Du Bois’s analysis when he argues that “the American Assumption” (what we call petty bourgeois ideology – small business ideology) persuaded the freedmen as well.  Of course he is asking for Education, health, Law (220).  But he is asking for a greater epistemological change in the freedmen than we can recognize through a liberal binary position.  Therefore education first.  Three short passages will have to do: the extraordinary moment of implicit auto-critique:

[T]wo quite distinct but persistently undifferentiated visions of the future dominated the triumphant North after the war.  One was the prolongation of Puritan idealism, transformed by the frontier into a theory of universal democracy. . . .  The other trend was entirely different and is confused with the democratic ideal because the two ideals lay confused in so many individual minds.  This was the development of industry in America and of a new industrial philosophy (182; emphasis mine). . . . The validity of th[is] American Assumption . . . lasted down to the Great Depression, when it died with a great wail of despair, not so much from bread lines and soup kitchens,as from poor and thrifty bank depositors and small investors (183; the ellipsis is slightly misleading but the point is correct; emphasis mine). . . .   Democracy, that inevitable end of all governments, faces eternal paradox. . . .  Shall [its] power be a dictatorship for the benefit of the rich, the cultured and the fortunate?  This is the basic problem of democracy (206).

And then “the rank and file of the nation began to respond to” the dictatorship of the rich.  They “respond[ed] to the combined argument of industrialists and Abolitionists, especially as their seeming unity of purpose increased” (215).

Greed (in the words of Olaudah Equiano, who endured the Middle Passage in the mid-18th century, “the improvident avarice of [the Black folks’] purchasers”) is a primary human affect and it feeds capitalism which is negotiated by another primary human affect, pre-phenomenal “Desire” for the Other, indistinguishable from “Horror” of the other, which feeds racism and sexism.  Equiano is writing of the mid 18th century, when “industrial capitalism” is already negotiating for control of mercantile capitalism.  And indeed if one looks at Du Bois after 1940, disappointed with how things were going for black folks in the United States, one sees him moving more and more towards separating the black effort from the general struggles.  I will speak about Ambedkar later in the series and I have often pointed out the difference between Du Bois and Ambedkar. But here I feel that Ambedkar’s own sense that the Dalits should form a separate electorate, which Gandhi foiled, was based on the same bitterness.

When I spoke to Bernard about this event, I had mentioned gender. Joy James of Williams College gives a balanced account: “Du Bois’s profeminist politics clearly marks his opposition to patriarchy and misogyny.  Still a masculinist worldview influences his writing and diminishes his gender progressivism.  Du Bois rejects patriarchal myths about female inferiority and male superiority.  Yet he holds on to a masculinist framework that presents the male as normative” 76).

Davis’s editor comments that she shows how “the prison uses sexualized abuse for social control. The aggressive masculinity of the inmates is matched by the sexual coercion enacted by the guards and wardens in prisons” (13). It is harder to take a position against a still almost globally accepted normality when it is shared by a gigantic figure such as Du Bois.  Yet there is no abolition without the abolition of reproductive heteronormativity running power in democracy. Who runs the power in the democracy, he had asked. I wish I could go into the role of Dr. Virginia Alexander in the preservation of Black Reconstruction as reported to me personally and anecdotally by Du Bois’s wonderful powerful granddaughter DuBois Williams Irving.  I will rather mark Du Bois’s patronizing acknowledgment of debt to “the New England schoolmarm” in “the propaganda . . . for the new abolition-democracy” (190) and move on to what I had mentioned to Bernard in our initial discussion: that I had read Tilly Olsen’s Tell Me A Riddle side by side with Du Bois’s invocation of a riddle to the students at Hampton in 1906.  These remarks are particularly significant, because the history of Hampton is deeply involved with the Black Reconstruction.  In the early days, support for the institute came from the Freedmen’s Bureau, the Army’s Bureau of Refugees, Freedmen, and Abandoned Lands, active between 1865 and 1872.  That “socialist oasis,” which was blasted by the desert sands of a racialized capitalism is the story of Black Reconstruction.  “I speak . . . to you young teachers . . . chiefly, because you are the type and representative of that fateful class through whom the great army of tomorrow’s men are learning the riddle of the world, the meaning of life and the life worth living.” Tell me a riddle.  A youngish man speaking to men, although Hampton took both men and women.  The women were honorary males, as it were.  The metaphor is the army.  The problem is the one Du Bois mentions with implicit auto-critique: moving the self-interested recently de-subalternized, now upwardly class-mobile petty bourgeois to the impassioned impersonal love of humankind.  The riddle, it does not happen.  It seems to have been the same riddle that troubled Du Bois and Olsen’s protagonist: that when success came the struggle was forgot. Olsen stages it by way of the denial of a public voice to women in general. Du Bois’s great good fortune it was that he fell upon Shirley Graham, a woman who, from her life circumstances as well as her individual genius did indeed claim the public voice. In Tilly Olsen’s novel it is a woman who had been part of the 1906 revolution in Russia (as were the author’s own parents), and who, having become a wife, mother, and grandmother in the United States, in comfortable circumstances, patronized by husband, and maternalized by the rest, could not stop thinking about this riddle. (I can’t speak of David Roediger’s “revolutionary time” here; I would if there were time.) She is staged as dying of cancer and in her very last moments she says: “hunger, secret meetings, human rights, spies, betrayal, prison, escape, [she is interrupted by one of the grandchildren.]  Her breath was too faint for sustained speech now, but the lips moved as a human being.  Responsibility, dogma dead, war dead, one country.”

This riddle is still worth mentioning because of the special women’s struggle that we are witnessing within the black struggle today: the declarations of many mothers of murdered children attempting to reach general social justice rather just for their own children. I believe we have not yet come to an end of this, though I do think I have come to an end of my time. Indeed, this has not come to an end. For none of the other speakers or the questioners brought up this crucial point, the black mothers claiming the agency of the public voice and being ignored.

Let me end with the words, all too well known to us, that Du Bois spoke in 1948 which are also often quoted:

When I came out of college into the world of work, I realized that it was quite possible that my plan of training a talented tenth might put in control and power a group of selfish, self indulgent, well to do men whose basic interest in solving the Negro problem was personal freedom and unhampered enjoyment and use of the world without any real care, or certainly no arousing care, as to what became of the mass of American Negroes or of the mass of any people. My talented tenth I could see might result in a sort of interracial free for all with the devil taking the hindmost, and the foremost taking anything they could lay their hands on.

This is the auto-critical class analysis that is a sustained requirement for all struggles. As the dominant changes opposition to alternative (to quote Raymond Williams), I remind myself of what I said on October 2: the killers and the looters are today the true untouchables. Raymond Williams, who introduced the powerful instrument of seeing a culture as a dance of archaic-residual-dominant-emergent, proposed it as a solution to the habit of seeing cultures as a ‘‘system’’ rather than a process (Spivak, “Righting Wrongs” (121–27). I add here Raymond Williams’s dynamic sense of the “dominant” as defined by its ceaseless appropriation of the emergent, as it is forced into mere alternative from the actively oppositional, the lines shifting. This has been called “repressive tolerance,” (Herbert Marcuse and Robert Paul Wolff) of which “diversity”-talk is a contemporary example. Williams’s category of the “pre-emergent” is what “reading” teases out. “The shooters and the looters” are the pre-emergent which “democracy” must suppress. 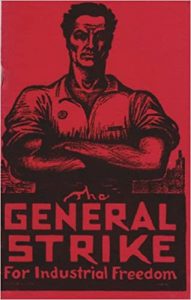