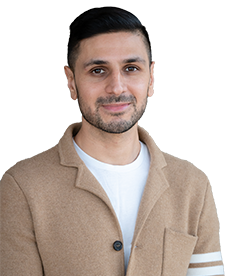 Adnan Khan is the Executive Director and co-founder of Re:Store Justice which he co-founded while incarcerated. Adnan was sentenced to 25 years to life under the Felony/Murder rule at the age of 18. While in prison, he inspired, launched and worked on the Felony/Murder rule legislation (Senate Bill 1437) with his organization, Re:Store Justice. The bill passed and after serving 16 years, in January 2019, Adnan was the first person re-sentenced under the bill he helped create. In addition, during his incarceration, he created FIRSTWATCH, a media filmmaking project produced entirely by incarcerated men at San Quentin State Prison that still produces short films today. His sentence was also commuted by Governor Jerry Brown in December 2018. Today, he continues his advocacy work nationally as well as internationally. He is an  Art for Justice Fellow  and is on the California Reentry Enrichment Grant steering committee.