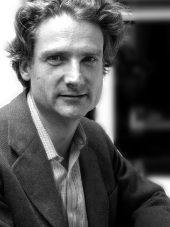 Miguel de Beistegui was educated in France (BA, MA in Philosophy at the Sorbonne), the US (Ph.D., Loyola University of Chicago), and Germany (Postdoc, Hegel-Archiv, Bochum). He specializes in 20th century German and French philosophy, and has published books and articles in the following areas: ontology, metaphysics, aesthetics, ethics and politics. Initially specializing in the thought of Martin Heidegger, and in phenomenology in general, he has become convinced that philosophy needs to resist extreme specialization and develop the conceptual tools to engage with our time, not only bringing together the various branches of philosophy, but also establishing a dialogue between philosophy and the other disciplines, in the social as well as the natural sciences. His publications include Truth and Genesis: Philosophy as Differential Ontology (2004), The New Heidegger (2005), Immanence and Philosophy: Deleuze (2010), Proust as Philosopher: the Art of Metaphor (2012), and Aesthetics After Metaphysics: From Mimesis to Metaphor (2012). He is also the co-editor of the forthcoming The Care of Life: Transdisciplinary Perspectives in Bioethics and Biopolitics.