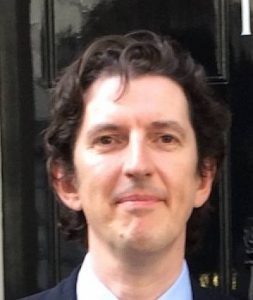 Stuart Elden’s research is at the intersection of politics, philosophy and geography. He undertakes this work predominantly through approaches from the history of ideas.

His work over the past decade or so has been in two main areas – the history, concept and practice of territory; and the history of twentieth-century French thought.

His most recent books are Shakespearean Territories, published by University of Chicago Press in December 2018 and Canguilhem – a book on the French philosopher and historian of science Georges Canguilhem for Polity’s Key Contemporary Thinkers series, published in February 2019.

He is currently completing the last stages of research for a book entitled The Early Foucault, under contract with Polity Press. This continues the work in his earlier books Foucault’s Last Decade and Foucault: The Birth of Power. The Early Foucault examines Foucault’s largely unknown work of the 1950s, leading up to his first major book History of Madness in 1961. The research has been conducted with archives in Paris, Normandy, Switzerland, Germany, Sweden and the United States, and is funded by the British Academy and the Leverhulme Trust. More on the work can be found on Stuart’s blog, Progressive Geographies. This book will be followed by a fourth and final book on Foucault’s intellectual history, this time looking at 1962-1969, currently entitled The Archaeology of Foucault.

With Adam David Morton he is also working on a collection of translations of Henri Lefebvre’s work on rural sociology and political economy for University of Minnesota Press. Alongside these book projects, he retains an interest in the question of territory, which most recently he has been thinking about in relation to the physical materiality of terrain.

He has a BSc (Hons) in Politics and Modern History (1994) and a PhD in Political Theory (1999), both from Brunel University. His first post-PhD position was as a lecturer in politics in PAIS between 1999 and 2002; followed by eleven years in Durham University’s Department of Geography, where he was successively a lecturer, reader and professor of political geography. In 2013 he was awarded a Doctor of Letters (DLitt) on the basis of publications post-PhD, and was elected as a Fellow of the British Academy (FBA). He rejoined PAIS in September 2013. Between 2014 and 2019 he held an adjunct appointment as a Monash Warwick Professor in the Faculty of Arts at Monash University, Australia.

In 2014 The Birth of Territory was awarded the Association of American Geographers Meridian Book Award for Outstanding Scholarly Work in Geography, and was joint winner of the inaugural Global Discourse book award. In 2011 he received the Royal Geographical Society Murchison Award for work judged to contribute most to geographical science in preceding years for ‘publications in political geography’. In 2010 his book Terror and Territory: The Spatial Extent of Sovereignty won the Association of American Geographers Globe Book Award for Public Understanding of Geography and the Political Geography Specialty Group Julian Minghi Distinguished Book Award.

Between 2006 and 2015 he was editor of Environment and Planning D: Society and Space, having previously served on the editorial board. He currently edits the Society and Space book series with Sage. He has also been the review editor of the Review of International Political Economy, and was one of the founding editors of Foucault Studies. He is on the editorial boards of Theory, Culture & Society and Geographica Helvetica. He is on the Advisory Council of Durham University’s Institute of Advanced Study, and the Advisory Board of the Urban Theory Lab at Harvard University’s Graduate School of Design. At Warwick he is a member of the Authority and Political Technologies research network, and an affiliated scholar of the Warwick Political Geography group.