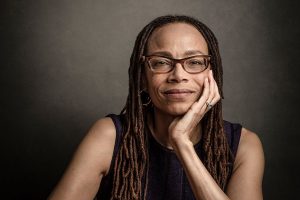 Dorothy Roberts, an acclaimed scholar of race, gender and the law, joined the University of Pennsylvania as its 14th Penn Integrates Knowledge Professor with joint appointments in the Departments of Africana Studies and Sociology and the Law School where she holds the inaugural Raymond Pace and Sadie Tanner Mossell Alexander chair. She is also founding director of the Penn Program on Race, Science & Society in the Center for Africana Studies.

Her pathbreaking work in law and public policy focuses on urgent contemporary issues in health, social justice, and bioethics, especially as they impact the lives of women, children and African-Americans. Her major books include Fatal Invention: How Science, Politics, and Big Business Re-create Race in the Twenty-first Century (New Press, 2011); Shattered Bonds: The Color of Child Welfare (Basic Books, 2002), and Killing the Black Body: Race, Reproduction, and the Meaning of Liberty (Pantheon, 1997). She is the author of more than 100 scholarly articles and book chapters, as well as a co-editor of six books on such topics as constitutional law and women and the law.

She serves on the board of directors of the American Academy of Political and Social Science, and her work has been supported by the American Council of Learned Societies, National Science Foundation, Robert Wood Johnson Foundation, Harvard Program on Ethics & the Professions, and Stanford Center for the Comparative Studies in Race & Ethnicity. Recent recognitions of her work include 2017 election to the National Academy of Medicine, the Society of Family Planning 2016 Lifetime Achievement Award and American Psychiatric Association 2015 Solomon Carter Fuller Award.