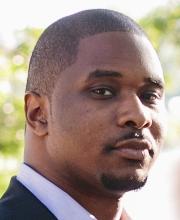 His current research project sits at the intersection of political theory, history, and African-American Studies. Tentatively titled, The Tragic Vision of the Civil Rights Movement, it is a reconstruction of the philosophical foundations of historiographical debates concerning the African-American civil rights movement, and an attempt, through a synthesis of methods drawn from political theory, philosophy of history, literary theory, and African-American Studies, to articulate the normative significance of these historical narratives, given the widespread invocation of the example of the civil rights movement in contemporary political theory and public philosophy. In pursuing these questions, it also hopes to contribute to a broader debate in political theory about its relationships with historiography and historical imagination. An essay from this project recently won the Best Paper award from the Foundations of Political Theory section of the American Political Science Association and the Alex Willingham Best Political Theory Paper Award from the National Conference of Black Political Scientists. In addition to this project, Brandon is also working on a thematic philosophical study of black nationalist thought in the United States tentatively titled, Sovereignty, Soulcraft, and Suffering and other research projects on the political thought of Martin Luther King, Jr. and civil rights historiography.

His broader academic interests also include Black intellectual and political thought, contemporary political theory, 19th and 20th century continental philosophy, aesthetics, 19th and 20th century US history, American political development, the philosophy of race and racism, questions of poverty, crime, and incarceration in political and social theory, and the aesthetics and sociology of hip-hop and black youth culture. He has written or provided commentary for NPR, WGBH, The Huffington Post, The Baltimore Sun, The Point, The Nation, Time, MTV News, and more.