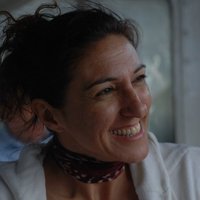 Zeynep Gambetti is Associate Professor of political theory at Boğazici University. She obtained her Ph. D. at the University of Paris VII in 1999. Her work focuses on collective agency, ethics, and public space. She has carried out extensive research on the transformation of the conflict between the Turkish state and the Kurdish movement, with particular emphasis on space as a vector of relationality. She collaborated with Joost Jongerden to edit the special issue of The Journal of Balkan and Near Eastern Studies on the spatial dimensions of the Kurdish question in Turkey. She has also published several theoretical articles and book chapters on Hannah Arendt’s political thought and subjectivity, in particular, “The Agent Is the Void! From the Subjected Subject to the Subject of Action,” Rethinking Marxism (2005) and “Conflict, ‘commun-ication’ and the role of collective action in the formation of public spheres” in Seteney Shami (ed), Publics, Politics and Participation: Locating the Public Sphere in the Middle East and North Africa (SSRC Publications, 2009). She is the co-editor of Rhetorics of Insecurity: Belonging and Violence in the Neoliberal Era (New York University Press, 2013), and of The Kurdish issue in Turkey: A Spatial Perspective, London/New York, Routledge, 2015. Among her forthcoming publications are Judith Butler, Zeynep Gambetti, and Leticia Sabsay(eds), Vulnerability in Resistance: Politics, Feminism, Theory, Durham, NC., Duke University Press, 2016.