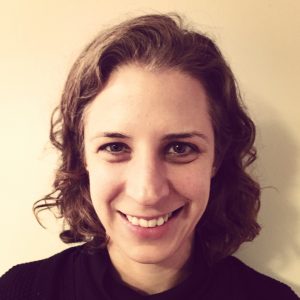 Camille Robcis is Associate Professor of French and History at Columbia University.  Her teaching and research interests have focused on three broad issues: the historical construction of norms, the intellectual production of knowledge, and the articulation of universalism and difference in modern French history.  Her first book, The Law of Kinship: Anthropology, Psychoanalysis, and the Family in France was published by Cornell University Press in 2013 and won the 2013 Berkshire Conference of Women Historians Book Prize.  It examines how French policy makers have called upon structuralist anthropology and psychoanalysis (specifically, the works of Claude Lévi-Strauss and Jacques Lacan) to reassert the centrality of sexual difference as the foundation for all social and psychic organization.  She is currently working on a history of institutional psychotherapy, a movement born after WWII that advocated a radical restructuring of the asylum in an attempt to rethink and reform psychiatric care.  Her essays have appeared in Modern Intellectual History, Yale French Studies, Social Text, French Historical Studies, Discourse, South Atlantic Quarterly, and the Journal of Modern History, among others.  She received her B.A. in History and Modern Culture & Media from Brown University, her Ph.D. in History from Cornell, and she taught for ten years in Cornell’s History Department.  She has received fellowships from the Penn Humanities Forum, LAPA (Princeton Law and Public Affairs), the National Endowment for the Humanities, and the Institute for Advanced Study.