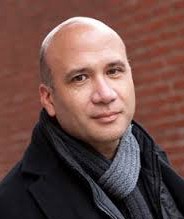 Bruce Western is the Bryce Professor of Sociology and Social Justice and Co-Director of the Justice Lab at Columbia University. His research has examined the causes, scope, and consequences of the historic growth in U.S. prison populations. Current projects include a randomized experiment assessing the effects of criminal justice fines and fees on misdemeanor defendants in Oklahoma City, and a field study of solitary confinement in Pennsylvania state prisons. Western is also the Principal Investigator of the Square One Project that aims to re-imagine the public policy response to violence under conditions of poverty and racial inequality. He was the Vice Chair of the National Academy of Sciences panel on the causes and consequences of high incarceration rates in the United States. He is the author of Homeward: Life in the Year After Prison (Russell Sage Foundation, 2018), and Punishment and Inequality in America (Russell Sage Foundation, 2006). He is a member of the National Academy of Sciences and the American Academy of Arts and Sciences. He has been a Guggenheim Fellow, a Russell Sage Foundation Visiting Scholar, and a fellow of the Radcliffe Institute of Advanced Study. Western received his Ph.D. in Sociology from the University of California, Los Angeles, and was born in Canberra, Australia.