Indigenous peoples have been engaged in over 4 centuries of resistance against a violent backdrop of conquest, genocide, expansive dispossession, unfettered capitalist exploitation, heteropatriarchy, white supremacy and environmental apocalypse.  Indigenous presence is a direct result of generations of generative refusal in the context of a relentless struggle for Indigenous life and freedom, in what is often called Indigenous resurgence.

Large sustained mobilizations at Standing Rock, Kanehsatà:ke, Elsipogtog, Grassy Narrows or the Unist’ot’en camp for instance, make this resistance visible to Canadians and Americans, although mitigated through a decontextualized and racist mainstream media. The outside is continually supplied with images of blockades and physical confrontation with colonial authorities, often as a mechanism to criminalize dissent, justify state violence and position Indigenous peoples back within the context of racist stereotypes. All with the end goal of generating public support for state sponsored action to protect corporate interests against Indigenous mobilization.

What often remains unseen to the outside is the animation, amplification  and embodiment of Indigenous ethics, theory, and politics that generate other worlds, realities and the collectives that sustain Indigenous resistance. These mobilizations create zones – albeit often temporary, that perform decolonial life based on deep, shared, reciprocal relationality. Collective spaces where Indigenous peoples live their own visions of self determination and freedom, perhaps imperfectly and briefly, are tremendous manifestations of Indigenous alternatives to the colonial state and everything it employs.

Theory generated through and informed by this collective, reciprocal action has continually generated Indigenous nations and Indigenous life. In the context of resistance, generative refusal not only refuses colonialism, but it affirms a different present by generating different worlds – worlds that centre the material and spiritual needs of the community. It is at once local and international – ethically asking us to consider our actions and our solidarity across nations, and through time and space. Often marginalized and poorly understood from within western anti-colonial thought and liberatory theory,  Indigenous intelligence represent a robust and rigorous body of thought and practice that has propelled Indigenous life, freedom and resistance for generations, and offers important interventions into the ways in which we theorize, organize, mobilize and refuse colonialism in all its insidious forms. 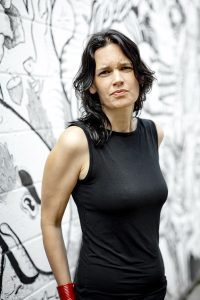