13 Forms of Uprising/13 Seminars at Columbia 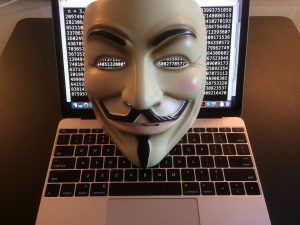 “In politics,” Reinhart Koselleck writes at the end of his essay on the modern concept of revolution, “words and their usage are more important than any other weapon.” Perhaps. Or perhaps not. Perhaps the words, in the end, merely catch up with the things. Regardless, a central question arises: In an age that may be considered post-revolutionary (but that too is a question), how should we understand and theorize collective action and individual political engagement? This seminar seeks to answer that question through a sustained, critical examination of different contemporary forms of political uprisings.

The purpose of this seminar series, then, is to explore various modalities of disobedience, inservitude, revolt, social movement, or other forms of political contestation. Instead of including them all under the name of “revolution”—a term that has become conceptually and historically fraught—we are interested in considering how specific experiences and discourses articulate new forms of uprising or reformulate well-known ones. By focusing on this conceptual, historical and political problematic, we intend to shine a light on experiences and manifestations that take place at the local and at the global level, as well as at the subjective and the collective level. The idea is to articulate how critical political practice is expressed and understood today. Each session will focus on one form of uprising in relation to historical events, from modern revolutionary movements to the Arab Spring and the Dakota Access Pipeline. We will be addressing the questions on the basis of a range of archival and theoretical sources, and other media.

The seminar series will follow the same format as the two previous CCCCT seminar series, namely the seminar series that focused on Michel Foucault’s Collège de France lectures and produced the Foucault 13/13 series during the 2015-2016 academic year, and the seminar series focused on critical readings of Friedrich Nietzsche that produced the Nietzsche 13/13 series during the 2016-2017 academic year. At each session, two or three guests, from different disciplines, will be invited to discuss the readings and present on the themes of the seminar. Each seminar will host specialists from across the disciplines, from Columbia University and from outside campus. It will also frame and interrelate with a Paris Reading Group that will run alongside the seminar. 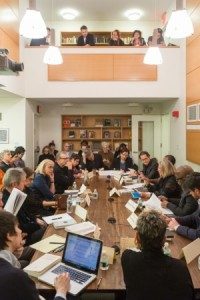 This series is run in conjunction with a film series on themes of resistance at Columbia University’s Maison Française as well as Professor Etienne Balibar’s seminar on “Revolution: Future/Past” and Professors Bernard E. Harcourt and Jesús R. Velasco’s seminar on Contemporary Critical Thought.