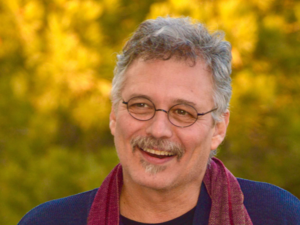 Stathis Gourgouris is Professor of Classics, English, and Comparative Literature at Columbia University. He writes and teaches on a variety of subjects that ultimately converge on questions of the poetics and politics of modernity and democracy. He is the author of Dream Nation: Enlightenment, Colonization, and the Institution of Modern Greece(1996); Does Literature Think? Literature as Theory for an Antimythical Era (2003); Lessons in Secular Criticism (2013); and editor of Freud and Fundamentalism (2010). Outside these projects he has also published numerous articles on Ancient Greek philosophy, political theory, modern poetics, film, contemporary music, and psychoanalysis. He is currently completing work on two other book projects of secular criticism: The Perils of the One and Nothing Sacred.

He writes regularly in internet media (such as Los Angeles Review of Books, The Huffington Post, Al Jazeera, Open Democracy, The Immanent Frame), as well as major Greek newspapers and journals on political and literary matters. A collection of such essays on poetics and politics, written in Greek over a period of 25 years, is forthcoming with the title Contingent Disorders.