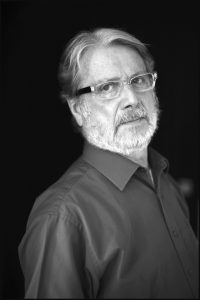 A professor of sociology, Daniel Defert has been assistant (1969–1970), maître-assistant (1971–1985), then maître de conférence (from 1985) at the Centre Universitaire of Vincennes, which became in 1972 Université Paris VIII Vincennes. He has been a member of the scientific committee for human sciences of the International Conference on AIDS (1986–94); member of the World Commission for AIDS (World Health Organization) (1988–93); member of the National Committee for AIDS (1989–98), of the Global AIDS Policy Coalition of Harvard University (1994–1997), and of the French “Haut Comité de la Santé Publique” (from 1998).

After the death of his partner, Michel Foucault, Defert founded AIDES, the first AIDS awareness organization in France. He served as its president from 1984 to 1991.

Defert is author of numerous articles in the domain of ethno-iconography and public health, and is an editor fo Foucault’s writings. He has been awarded the decoration of Chevalier de la Légion d’Honneur and received in 1998 the Alexander Onassis prize for the creation of AIDES.