Malcolm X Speaks: Selected Speeches and Statements edited by George Breitman; The Autobiography of Malcolm X by Malcolm X; and  “Malcolm’s Ministry” and “What Dignity Demands” by Brandon Terry

“Revisiting these Black radical voices of the twentieth century [Malcolm X and Martin Luther King, Jr.], we retrain ourselves to glean, in the calamitous and contentious discord of the present, both the profound scale of the long-deferred reconstruction ahead and the ‘audacious faith,’ in King’s words, that ordinary people like us would be up to the task.

There is a prophetic quality to the final writings and sayings of brilliant magnetic thinkers whose time on this earth ended prematurely, at the very prime of their lives. We tend to hang on to their every last word, looking for clues as to where their brilliance would have led them—and us. We strive to unearth one more final speech, one final thought to help us decipher a path forward. That surely affected our reading, at our last seminar Revolution 9/13, of the work of Hans-Jürgen Krahl, the charismatic leader of the German SDS movement who died in an automobile accident at the young age of 27. We read every word, every action, as if it might give us insight into a promising road not taken by the Frankfurt School. The same undoubtedly shapes our reading of the visionary Malcolm X, tragically assassinated at the young age of 39.

At the very moment he was soaring to new heights, freed from his earlier attachments to Elijah Muhammad and the Nation of Islam, Malcolm X was murdered on February 21, 1965 at the Audubon Ballroom and pronounced dead at Columbia Presbyterian Hospital. It had only been eleven months since he had publicly split from the Nation of Islam, March 8, 1964. The combination of his untimely death at 39 and the short eleven-month period of total independence, as well as his many premonitions of death, accentuates the prophetic character of his thought during the last year of his life.

Many scholars and readers of Malcolm X imagine where he might have led us. Brandon Terry starts there in his first of two brilliant essays published in the New York Review of Books under the title “Malcolm’s Ministry”: “At the end of his remarkable, improbable life, Malcolm X was on the cusp of a reinvention that might have been even more significant than his conversion in prison from criminal predation to religious piety.” As Terry reminds us, Manning Marable too (whom we discussed with Kendall Thomas at Revolution 6/13), in his remarkable Pulitzer Prize winning biography of Malcolm X, also imagined where the path might lead. Marable “lamented that Malcolm’s murder in February 1965 prevented his full evolution toward a ‘gentle humanism and antiracism’ that ‘could have become a platform for a new kind of radical, global ethnic politics.’”

There is always a danger of projecting futures onto captivating thinkers like Malcolm X. Their lost potential gives a lot of room for interpretation, sometimes for invention. That’s a mixed blessing. There’s the danger, of course, but also an opportunity. An opportunity to reread them in a more motivated way. For those of us who care deeply about the present—and the future—that’s an opportunity to seize now. 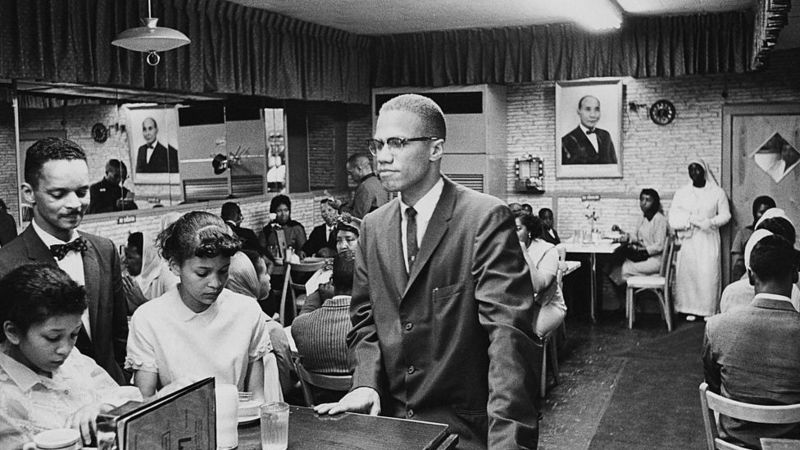