in conversation with the writings of 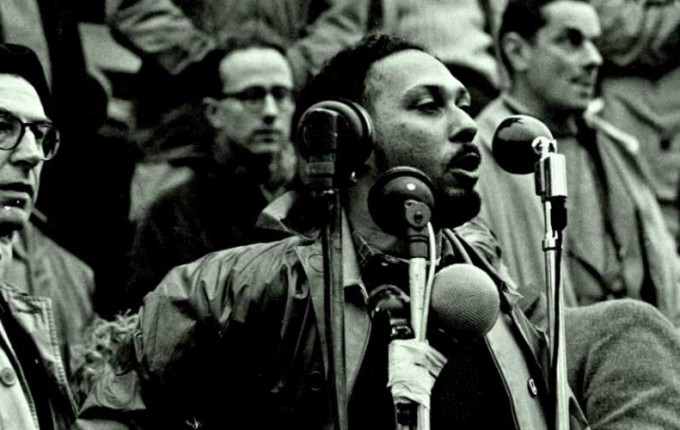 The George Floyd protests in the spring and summer of 2020 were the largest protests in American history, with between 15 to 26 million people participating, remarkably, during a time of heightened concern about public gatherings following the first deadly wave of COVID-19. The movements for Black Lives—and on its heels the election of President Joe Biden—sent the Right into a tailspin. The storming of the Capitol on January 6, 2021, was one response, among the most extreme, the Oath Keepers, the Proud Boys, and their fellow travelers. The failed coup by Donald Trump and his enablers, Mark Meadows and Rudy Giuliani among others, was another reaction.

Yet another response has been the all-out war on race consciousness in this country—more specifically, the nationwide campaign to undermine the intellectual and cultural framework that made possible the movements for Black Lives. This attack has taken the form of a brutal assault on “Critical Race Theory,” the 1619 Project, antiracism and intersectional theories, and all of the ways of thinking critically about race relations, systemic racism, and race consciousness in this country. It is a campaign for the hearts and minds of Americans to whitewash the way they experience and view their society; and every term or framework that I could use to denounce the effort—white supremacy, anti-Blackness, race, class, caste, etc.—are precisely the concepts that the Right has targeted and is trying to eliminate from our vocabulary.

Most of the attacks have crystalized around the term “Critical Race Theory,” which has become the vessel for any and all progressive or radical thought on race, as well as on gender and sexuality—in effect, for any and all forms of race, gender, transgender, or sexuality critiques. The concerted attacks have turned Critical Race Theory, or now simply “CRT,” into a household name—and national punching bag.

We are in the midst of a fierce political assault.

What then is to be done? Should critical theorists reclaim the discourse of Critical Race Theory and take back CRT, in the way in which, perhaps, the term “queer” was reclaimed by Queer Theory? Or should critical theorists shift semantic fields and let go of the term in order to invent other new ways of speaking and seeing the world? Should they confront the assault or rather ignore it and instead keep theorizing?

These are the questions we will explore at Revolution 6/13 and there is no one better to guide us than my brilliant colleague Kendall Thomas, the Nash Professor of Law at Columbia University. Professor Thomas is one of the founders of Critical Race Theory and co-editor of the seminal collection Critical Race Theory: The Key Writings That Formed the Movement (New York: New Press, 1995). He has been instrumental in helping push Critical Race Theory into new areas of gender and sexuality, racial capitalism and neoliberalism, cultural studies, and poststructuralism. Kendall Thomas has been a leading voice in response to the assault on Critical Race Theory. He recently delivered the 2020 Equality and Diversity Lecture at Oxford University and penned an essay arguing that these questions of racial justice are political, rather than moral questions.

Our discussion at Revolution 6/13 will be guided by the writings of two other remarkable worldly revolutionary philosophers, Stuart Hall and Manning Marable. Much of Stuart Hall’s work focused precisely on the intersection of practice and culture, discourse, ideology. An early member of the Centre for Contemporary Cultural Studies at Birmingham University and founder of British Cultural Studies and The New Left Review, Hall’s writings are particularly pertinent in these times of ideological counterrevolution. For many years now, they have inspired Kendall Thomas’s work at the center that he founded and directs, the Columbia Center for the Study of Law and Culture. We will read Hall’s article “Culture, Resistance, and Struggle,” which, Hall explains, “focus[es] on cultural and ideological rather than political forms of resistance,” as well as on his political writings and his memoir, Familiar Stranger.

Manning Marable, late professor of history and African-American studies at Columbia University and the founding director of the Institute for Research in African-American Studies, provides another beacon to guide us. Marable was a model of the engaged worldly philosopher who brought together critique and praxis. Marable helped found and give early direction to the Democratic Socialists of America (DSA) and later chaired the Movement for a Democratic Society (MDS); at the same time, he also wrote the Pulitzer-prize winning biography of Malcolm X, Malcolm X: A Life of Reinvention (Viking 2011). We will be focusing on his article “The Third Reconstruction: Black Nationalism and Race in a Revolutionary America,” where he sketches a radical blueprint for transformation along the lines of dual sovereignty between a Black nation and a predominantly-white postcapitalist society. It is a brilliant work of imagination and ambition, in which Marable charts a radical vision for the future.