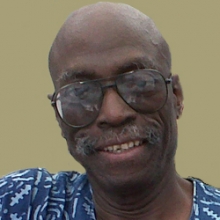 Professor Jeyifo is a leading literary critic and cultural theorist who has attained great prominence in African intellectual circles for his analysis of modernity and its attendant social and cultural crises. He is Professor Emeritus of African and African American Studies and of Comparative Literature at Harvard University. Editor of the authoritative anthology, Modern African Drama (Norton Critical Editions, 2002), Jeyifo’s work has long framed scholarship in African drama and theater. His 1984 study of the Yoruba Popular Traveling Theatre is viewed by many as seminal in the study of African drama.

Jeyifo’s early essays single-handedly shaped critical discourse on dramatic works by Soyinka, winner of the 1986 Nobel Prize in Literature and a fellow at Harvard’s W.E.B. DuBois Institute for African and African-American Research. His three subsequent books extending the scope of these essays have established him as a top interpreter of Soyinka. His most recent book, Wole Soyinka: Politics, Poetics, Postcolonialism (Cambridge University Press, 2004), weighing Soyinka’s vast and complex body of work, is arguably the most sophisticated analysis of any single author in African literature.

Jeyifo has also turned his attention to Nigerian novelist Chinua Achebe, writing a series of essays in the early 1990s that placed Achebe’s work, including Things Fall Apart, in an ideological and theoretical perspective not previously considered by other critics.