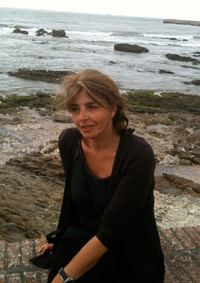 Pianist by training and graduate of the National Conservatory of Music and Dance of Paris, Danielle Cohen-Levinas followed a dual curriculum, philosophy and musicology at the University Paris-Sorbonne Paris IV and the University Paris -1 Panthéon-Sorbonne. Appointed Professor at the University Paris-Sorbonne Paris IV in 1998, Danielle Cohen-Levinas founded the Center on Contemporary Aesthetics, Music and Philosophy, and in 2008 the Institute for Jewish Studies and Contemporary Philosophy,” now known as the Center Emmanuel Levinas since 2012. She is also a research associate with the Husserl Archives Paris / Ecole Normale Supérieure d’Ulm since 2008.

Alongside her musicological research, Danielle Cohen-Levinas specializes in Jewish philosophy, especially around the judeo-German moment (H. Cohen, F. Rosenzweig, G. Scholem, L. Strauss) and the Frankfurt School (Adorno, Benjamin, Bloch), and the renewal of biblical and Talmudic studies in Europe from a philosophical point of view.

Since 2007, she is editorial advisor to Hermann Publishing and director of the collection in philosophy “Le Bel Aujourd’hui,” which she founded the same year. In 2010, she created a collection by Editions Hermann intended to accommodate collective works: the “collection Rue de la Sorbonne;” and in 2011 a collection dedicated to Jewish thought and studies, “Panim el Panim.” She is president of the Cahiers Maurice Blanchot, which she co-founded with Monique Antelme in 2010.