Nietzsche was, in Étienne Balibar’s words, Maurice Blanchot’s “double.” Blanchot (1907-2003) engaged Nietzsche early—shortly after World War II—and throughout the rest of his writings. In La Part du feu published by Gallimard in 1949, Blanchot motivates his multiple essays through the lens of his final chapter, “Du Côté de Nietzsche,” where he dives into the abyss of godlessness. Nietzsche appears, alongside Feuerbach and Auguste Comte, among those who “initiated or organized that world without God.” (PF, 279) In his opus, L’Entretien infini, published by Gallimard in 1969, Blanchot starts and ends his infinite conversation with Nietzsche, lacing the concept of the eternal return throughout his meditations. From the very first page of epigraphs, through the lengthy engagement in the “Limit Experience,” in chapters on “Nietzsche, today” and “Nietzsche and fragmentary writing,” to the end, Blanchot is dialoguing first and foremost with Nietzsche, carefully setting forth the multiple possible readings and engagements on the eternal return (EI, 407-408). Four years later, in Le Pas au-delà, published by Gallimard in 1973, Blanchot would return again and again to Nietzsche’s notion of the eternal return, the organizing theme of that important work on (there is a double meaning here) “the step beyond/outside” or “the not beyond/outside” (LPA, 21, 26, 58, 61, passim).

Naturally, Blanchot’s engagement with Nietzsche would be mediated through his relation to others, including importantly Sade, Kafka, Rilke, and Hegel, as Balibar notes, but also Mallarmé, Hölderlin, Baudelaire, and René Char, as Annelies Shulte Nordholt reminds us. Yet somehow, it seems, Nietzsche takes pride of place. Like Bataille, Blanchot had been a devout Catholic and Nietzsche’s writings on the death of God were formative interventions, life changing, seismic work. Like Bataille, Nietzsche would have a transformative and life-lasting effect on Blanchot. And through Nietzsche’s aphoristic or fragmentary style, Blanchot’s influence on us would run through the medium of his writing—not just the dimension of fragmentary writing and its relation to aphorisms, but the importance of writing per se as a transformative act and exigency. What Blanchot pushed us to interrogate and explore, through his “Nietzsche double,” is the radical potential of writing itself.

In this seminar, we explore Blanchot’s Nietzschean inspiration and how Blanchot’s writings on writing have influenced subsequent critical thinkers and ourselves. 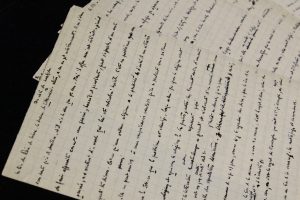 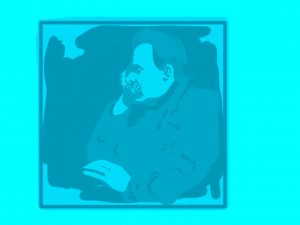