In Critique 8/13, Jean Gabriel Ganascia, Asma Mhalla, and Jean-Marie Durand discuss the French translation of Bernard Harcourt’s Exposed: Desire and Disobedience in the Digital Age (2015) under the auspices of the Columbia Global Center in Paris. The seminar coincided with the release of the French edition by the Éditions du Seuil, titled La Société d’exposition.

In Exposed, Harcourt breaks down the dominant ways that are used to analyze our new political condition in the digital age to ultimately reveal that the “digital realm is not so much giving us access to truth but constituting a new way for power to circulate throughout society” (22). Harcourt urges us to rethink this new form of digital power that circulates today to better critically engage with it. Drawing in part on François Ewald, Harcourt argues that we can “no longer analyze power relations in the data world according to patterns of the old state power with its technologies of surveillance, control and domination” (90).

Our understanding of the digital realm typically has been through the metaphors of “Big Brother,” the “surveillance state,” and “the panopticon.” These metaphors, as Harcourt argues, are useful to some extent, but also inadequate to capture the full extent of what we are facing today. Whereas our conception of Big Brother signifies a despotism that dehumanizes us, Harcourt finds that our digital age today has capitalized exactly on those very passions that make us human (47). Our battle is not with Big Brother.

Furthermore, we are not truly living in a “surveillance state,” as “what we are facing today is neither really a state, nor one that employs, at its core or exclusively, surveillance” (62). In fact, we are facing a situation that goes well beyond the modern notion of “state,” especially as seen with the intimate relationship developed between private companies and national intelligence (65).

As for the panopticon, which requires that “the watching gaze must be internalized, not ignored,” Harcourt finds that instead, we are “expos[ing] ourselves so freely and passionately and anxiously (92). Rather than surveillance, we are instead confronting more an “oligarchical voyeur taking advantage of our exhibitionism” (90).

These metaphors employed do not fully capture that surveillance today is “seeking far richer and individualized knowledge than the stuff of biopower” (103). Harcourt reveals that we are living in, what he has termed, an expository society.

Although this new form of digital exposure is not an entirely radical rupture or departure, a new schema is necessary to understand what we are facing. We are not in an amphitheater in the spectacle of violence, nor are we merely docile bodies subjected to the panoptic gaze. Our passions, “shaped and cultivated in the digital age, that render us virtually transparent” requires another metaphor to visualize the power relations today (47). Previous models with sovereign power, surveillance, and securitarian powers are most definitely in play, but Harcourt identifies the need to add element of exposure (89). Our expository society instead is better described as a mirrored glass pavilion: “a space where we expose ourselves to virtually everyone, at every moment, and simultaneously watch others” (110).

The structural and textural elements of this metaphorical mirrored glass pavilion are unique and built on data. Harcourt charts a genealogy of the doppelgänger logic or rationality, where data is no longer looking to identify and predict. This data is used to match so that “it is not just feedback, but feed forward: to look forward by looking backward, back and forth” (145). This further enables the increased commodification of our data, where privacy has been transformed into a type of good that can be traded, bought or sold (167). Privacy in the digital age is now framed in terms of its cost, not in its virtues or value (175).

The root of this issue, Harcourt finds, is that the line between governance, commerce, surveillance, and private life is evaporating. Emerging in place of these separate spheres is, instead, a giant, unified, marketized space of data: “a colossal marketplace for personal data” (198). Privacy was previously conceived and understood as an essential human attribute, yet it is now more thought of “as a type of property, something that can be bought or sold in a market” (176). The economy, society, and private life has now melted into a giant data market for everyone to trade, mine, analyze and target. And we truly believe that this is done for the good, in which the data is amassed to protect us, keep us safe, make our digital experience better, make great products, or to improve our lives (216). For the spheres of commerce, governing, and surveillance to converge, Harcourt writes that they all exactly coincide in “the production, exploitation, and shaping of our digital personalities” (198).

As digital subjects, we have given away our data for free for private enterprises to capitalize on, while the government facilitates the exploitation in exchange for more intelligence on us as digital subjects (199). As Harcourt has identified, we are facing instead “a tenticular amalgam of public and private institutions all tied up in the knots of statelike power” (215).

This expository power in our digital age today is about perfect matching at the individual level – the focus is no longer on predicting or determining at the level of the population. Therefore, it is not at all surprising that the digital is reconfiguring our subjectivity, especially as it is exactly the “digital technologies that end up facilitating surveillance are the very technologies we crave” (228). In fact, digital exposure in our expository society today is restructuring the self, where not only do we have data doubles (our second bodies), but these digital doubles have profound effects on our analog selves (232). The constant surveillance facilitates and enables our sense of self, that there is “a feeling that one has no control over one’s self… that everything can be known, will be known, is known” (219).

The constant monitoring and recommendations shape our digital selves and constitute our distinctive “looking glass” (228). This exhibitionary complex reveals the craving for a stimulated or a kind of self-centered distraction that “reminds us that we are living, present, seen, clicked on, liked (110)” We built our mirrored glass pavilion, where “we expose ourselves to the gaze of others and embrace the virtual transparency with exhibitionist pleasure” (253). 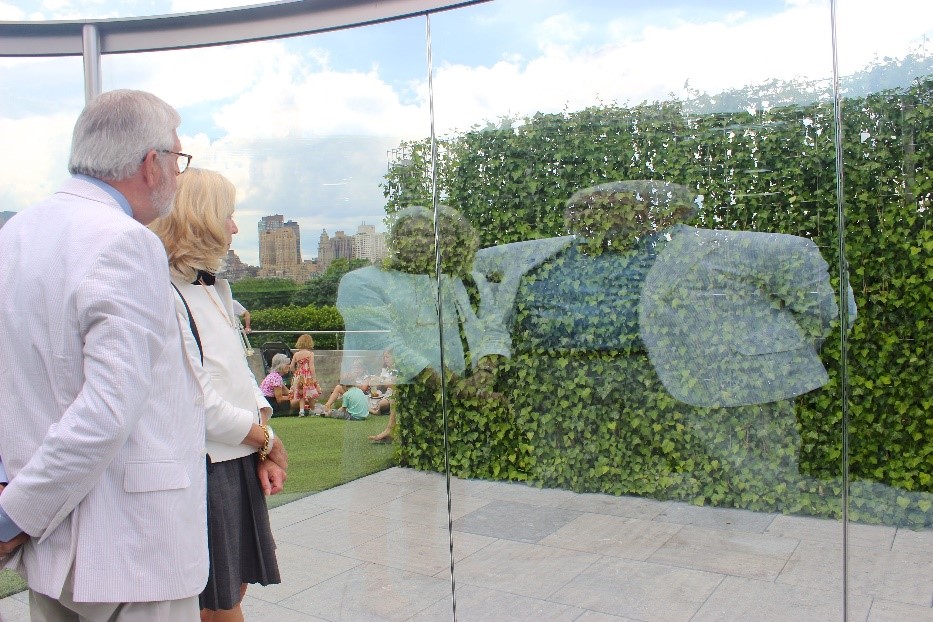 But, Harcourt asks, “how could this happen in a liberal democratic society…” and [c]ould any self-respecting democratic polity knowingly allow the pervasive surveillance that we live in today?” This data market is where “corporations surveil and govern, government do commerce, and individuals go public” (207). We, as digital subjects, have voluntarily ceded our private attachments and personal privacy. In the process, Harcourt identified a moral transformation in which “subjects no longer resist the virtual transparency of digital life” (233). This reinforces our complacency because we begin to see ourselves as “marketized subjects,” which displaces our social and political selves as private citizens.

We are apathetic and complacent today in the “digital economy [that] has torn down conventional boundaries between governing, commerce, and private life…[and] the collapse of these different spheres has disempowered us as individuals” (187). It is painful to realize the paradox in which “it is precisely our desires and passions that have enslaved us, exposed us, and ensnared us in this digital shell as hard as steel” (283). In reading Harcourt’s Exposed for the Critique 13/13 seminars, in the theme of putting critical texts to work in furtherance of our own political projects, we have to continue to ask: how can we emancipate ourselves and feel empowered to make change today?

Harcourt believes that it must be in “political disobedience” to resist the way in which we are governed. Political disobedience prioritizes individual, ethical, unique resistance to combat democratic apathy. Political disobedience does not offer an ideology, political guidance, or any leadership to follow.  It must in political disobedience to avoid “the recrystallization of oppressive structures or the return to repressive relations of power” (281). Most importantly, Harcourt argues that it is now necessary for us to begin to think of ourselves as we. We cannot continue to enable this power that these digital doubles have. And we cannot succumb to the exact predatory assemblages that have capitalized on our individuality and creativity.