Taylor Carman received his PhD from Stanford University in 1993 and taught for a year at the University of California, San Diego, before coming to Barnard, where he is professor of philosophy. 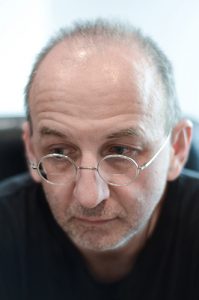 He is the author of Heidegger’s Analytic: Interpretation, Discourse, and Authenticity in “Being and Time” (Cambridge, 2003) and Merleau-Ponty (Routledge, 2008; 2nd edition forthcoming). He is coeditor of The Cambridge Companion to Merleau-Ponty (2005) and has written articles on topics in phenomenology, metaphysics, and the philosophy of mind.

He is currently writing a book on Heidegger’s critique of metaphysics, especially in Plato and Nietzsche, and its implications for contemporary conceptions of the nature and limits of philosophy.