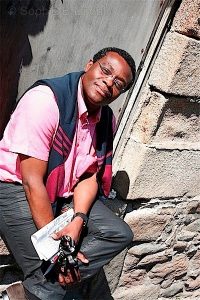 He previously (1992-2004) was a literature lecturer at Cergy-Pontoise University, where he helped create the Center of Humanities (1992) before serving as deputy director of the Department of Modern Letters and as Director of the DEA LLCC (Literature, Languages, Cultures and Civilizations).

He is member of several academic societies in France (SFLGC), Europe and the USA across the fields of French literature and comparative literature; and the author of numerous articles published in various national and international journals and several books devoted to the history, poetry, and Francophone institutions.