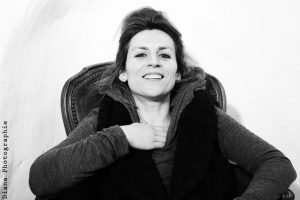 Barbara Stiegler is a member of the Institut universitaire de France (IUF) and an Associate Professor at the University of Bordeaux Montaigne, where she directs the Masters program on “Care, ethics, and health”.

As a continuation to her first research project on the passage from biology to politics, at present she is interested in the darwinian and American sources of contemporary political thought. She is currently finishing a new book on the evolutionary sources of neoliberalism. In this book, Stiegler sheds light on the different tensions that criss-cross the contemporary political field in the domain of the government of life and the living. In order to do so, she engages in a conversation with the Walter Lippmann/John Dewey debate on liberal democracy, the political sense of the darwinian revolution, and the reconstruction of liberalism.