Jackson Rising: The Struggle for Economic Democracy and Black Self-Determination in Jackson, Mississippi by Kali Akuno and Ajamu Nangwaya

The Jackson-Kush Plan: The Struggle for Black Self-Determination and Economic Democracy by Kali Akuno 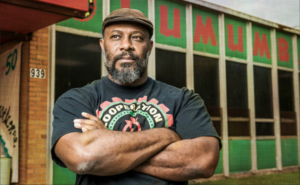 In Utopia 2/13, we travel to Jackson, Mississippi, the site most recently of a horrendous water crisis that has deprived residents of potable water now for over two months. A confluence of two disasters—river flooding along the Pearl River watershed and gross infrastructural failure—the global climate crisis has hit hardest the historically disadvantaged neighborhood of West Jackson, an African-American neighborhood with high rates of poverty, traditionally underserved and abandoned by Mississippi’s political establishment.

Since 2014, West Jackson has been the home of a remarkable and inspiring project to build a solidarity economy, economic democracy, and Black self-determination called “Cooperation Jackson.” Co-founded and co-directed by the brilliant and charismatic Kali Akuno—who joins us for Utopia 2/13—Cooperation Jackson is a model of an alternative way of life that has already spawned other projects coast to coast, from Cooperation Vermont to Cooperation Humboldt in California.

What makes Cooperation Jackson such an important case study of concrete utopia is that it is so richly three-dimensional—along the axes of history, theory, and practice.