In a pleading filed with the US District Court, new details of the execution were revealed:

“Thursday evening, February 22, 2018, beginning at around 9:00PM CST, following the United States Supreme Court denial of his application for a stay at approximately 8:40PM CST, the state of Alabama attempted to execute Doyle Hamm via intravenous lethal injection at Holman Prison. Doyle Hamm was taken into the execution chamber and strapped onto the lethal injection gurney. Two members of the IV execution team entered the death chamber and immediately began to work on Doyle Hamm below his knees on both the left and right sides. The two members of the IV execution team worked at the same time, each taking one side of Doyle Hamm’s body, in an attempt to find a vein anywhere in his lower extremities for peripheral venous access. The IV execution team inserted needles multiple times on his left and right legs and ankles, each time forcing the needles into his lower extremities. At one point, the IV execution team turned Doyle Hamm over onto his stomach on the gurney, slapping the back of his legs to try to generate a vein. After multiple, repeated attempts, the IV execution personnel stated aloud that they could not get anything. With peripheral access unavailable, other IV execution personnel next attempted central venous access. Multiple times, they tried to insert a catheter into Doyle Hamm’s right groin, causing severe bleeding and pain. The execution was ultimately called off at approximately 11:27PM, or at least that was when counsel was notified; however, even after the execution was called off, the IV execution personnel suggested continuing with central venous access in the groin or trying elsewhere on his lower extremities.”

The pleading is here: 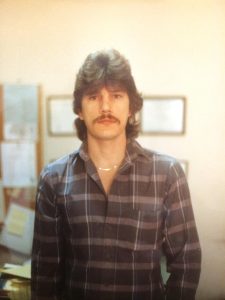